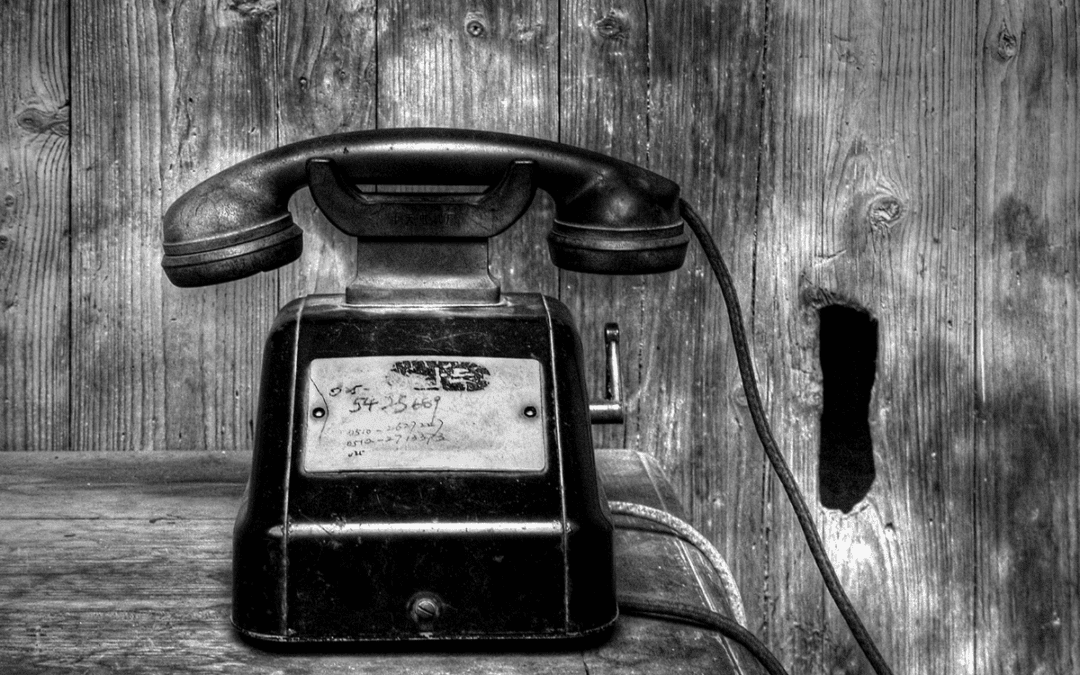 It was one of those dreams that felt so real that even while I was dreaming I was trying to figure out the blurry and disoriented line between waking and sleeping.  Within the dream I remember telling my dreaming self “this is just a dream.” But I was also in that partial state of wakefulness, where your body is heavy and your mind is foggy. I remember feeling restless in the small twin bed I had crawled into in the wee hours of the morning.

The dream occurred like this- I was in my mother’s brownstone and I was sitting at her computer in a sunlit room with the cold New England April dampness nipping at my feet. I noticed an email from my mother in my inbox and I was perplexed by it. In the dream I stared at the screen for a moment before clicking the link. The email had no subject and just a single word was typed in the body of the email. In typewriter font she had written, “communicate.” In my half awake, half asleep state of mind I recall saying “how could my mother be emailing me; she’s downstairs on her deathbed.” I stared blankly trying to find a solution to these two incongruent realities.

Just at that moment, there was a loud knock on the door of the bedroom where I had crawled to rest.  It was Nilda, a beloved housekeeper who had evolved to be so much more than that in the final years of my mom’s life.

“Sarah.  Come.  It’s Miss Nancy.” She said in a hurried and scared tone.  I had gone to bed only two hours earlier when my brother came to relive me from my mom’s deathbed.  We had promised her she would be surrounded by love her entire journey towards death; a promise I am proud to say we accomplished.  I scurried downstairs in time to experience her last breath and watched as the tiny heartbeat still visible in the protruding vein in her neck slipped behind the horizon. All of her wrinkles smoothed, her journey complete.

I still felt disoriented by the dream I had just woken from. The typewriter font with the single word, communicate.  The dream was odd for several reasons, but most perplexing was that my mother was not a big email-er.  She much preferred the lost art of mailing cards. She did this so frequently throughout our life that the postwoman at her local post office not only attended the “party” to celebrate her life, she read a poem she wrote for my mom as part of the “open mic” policy we had that day. But the dream was also eerily similar to a conversation I had only weeks earlier my mom.  She called me to tell me she would be trying to communicate with me if there was an afterlife.  My mom was equal parts Jackie Onassis and Shirley MacClaine.  She had the grace, dignity and beauty of Jackie O but the wacky and zany intellect of Shirley MacClaine.  She was often dragging me to the latest and greatest psychics and energy “movers”, while also enrolling in neuro-science classes through The Harvard Extension School until mere weeks before her death.  She was a lesson in opposites. In the course of this conversation she asked me to “be looking for her.” “I know you don’t totally buy my spiritual stuff, but if I am right about my beliefs, I will be trying to communicate with you.”  She used that exact word.  Communicate.  I promised her that day that I would seek opportunities to connect.  The therapist in me thought it was just something she needed to hear in order to continue to the process of letting go.

Right after she died I instinctively went to her bedroom, curled in the fetal position and buried my head in her smell. It was an intoxicating aroma of nostalgia, loneliness, and comfort. I cried for what I had just lost, for the fear of what life would be like without her, and for the inevitability of saying goodbye.  I cried because there was nothing else I could do. I spent the majority of that day in her room, among her stuff.  Her clothes and jewelry and most of all her essence, all held the momentary fantasy that I could somehow hold onto to my mom.  Maybe I could hold on for one moment longer to the feelings of being anchored to something primal, something pure. During the course of that day I remembered that she told me to look in her “love chest” after she died.  When I opened it, I found decades of letters and cards she had written to us, and even more cards we had written to her.  On the back side of each card she would write when she got it, what was going on in her life at that time, and how the card made her feel. Things like “got this card from Sarah on a really hard day.  Once again Sarah, you make me smile. I love you. 4/10/86.”

There were decades of this type of chronicling her experience from behind the scenes. She had them loosely organized in categories for each of the six of us.  As I sifted through the cards and the letters from the past five decades of her life that same word from my dream continued to loom in my mind.

Even after her death, my mom had found a way to communicate with me.  In the raw first moments after her death, this made me weep and miss her deep in my marrow.  Now, nearly four years later it makes me smile and I read these cards and notes more times a month than I want to admit. If I closed my eyes, I can actually conjure up the sound of her voice and imagine the delicate nuances that her made such a rare soul.  Deep and thoughtful. Highly sensitive.  But also a tough broad.  Raised in New England with the edginess to show for it. An unconventional thinker with way more grace and stoicism than I could ever imagine embodying. Our last phone conversation before she really jumped off the proverbial cliff echoed in my mind.  “I will be trying to communicate with you even after I am gone.” I remembered her words “be looking for me.”  And there she was, communicating loud and clear.

Then again, many weeks after her death I was out to dinner and I reached in a bag she had given to me on a trip only three weeks before she died and found a folded piece of paper.  On it was a note written inside a heart. It read- “I love you, Sarah. Forever and ever and ever.  I am with you always.”  She had tucked it on the inside pocket of this bag and never mentioned it to me.  She wanted exactly this moment to happen.

In the immediate loss, these notes made me feel overcome with sadness. The constant reminder of how much I missed her made these intense gestures of love heartbreaking.  Now, years north of the acuteness of it all, I just adore that she thought to do this. She wanted to communicate with me even after she was gone. I can feel her struggle with letting go in the way that only death asks us to truly surrender. I can see her penning this note and tucking it in the pocket of her bag, hoping someday I would find it and remember that nothing can take away the love we created. Time has taken her, but the love remains.

Months after this incident my brother informed me that a letter to me from my mother accidentally got placed in his folder of cards and letters. It was sealed and she drew a big heart over the crisp seal of the envelope.  It had been so long since I had seem my mother’s handwriting, which was a unique blend of artistic loops and circles, with a healthy dose of rebellion against the strict ruler lined penmanship demanded of her during her decades of catholic school education. There was a part of me that didn’t want to read it; I didn’t want to go back into that desperately longing space. It was just over a year since her death and I was just starting to feel less fragile.  The gauzy haze that had descended over my consciousness was starting to recede. I waited several days to open the letter. It was dated 2/6/1999. She began the note stating “its your 24th bday at 5:22AM as I sit here and reflect on who you are becoming…”

At that time my family was going through drastic fluctuations, as my parents were embroiled in a contentious divorce and battle lines were being drawn. I had just graduated from college two years earlier. I was finishing up my last semester in my Masters program and about to begin the journey to get my doctorate. I could hear in her words the sadness and regret she felt that our family had fallen apart.  She was preoccupied and worried about my trajectory at the time.  Her message was clear, she wanted to me to always “choose love over power.”  She expressed concern that I might become academic and stuffy. She discussed my drive and focus but encouraged me to remain silly and irreverent. She wrote, “Seek to find your voice. Then use it.”

Even now, four years later, that letter makes me weep. Not the pretty tears some people are capable of.  This one makes me red-faced-full-of-snot-shoulders-slumped-fetal-position weep.  It’s just so honest and pure in its intention.

Every year now on my son’s birthday I sit down and I write him a letter.  I fill the pages with observations about who he was at that time in his life, his passions, his interests, and his emerging personality.  I write from the same place I believe my mother wrote her letters: from a deep desire to continue to communicate long after she died.  I write to pass on wisdom, provide perspective and guide my son through the inevitable section(s) of his life when I am no longer here.  I write because it is the only way I can attempt to immortalize my voice for him.  I write to keep the promise I made to my mother, the promise symbolized in that single word: communicate.