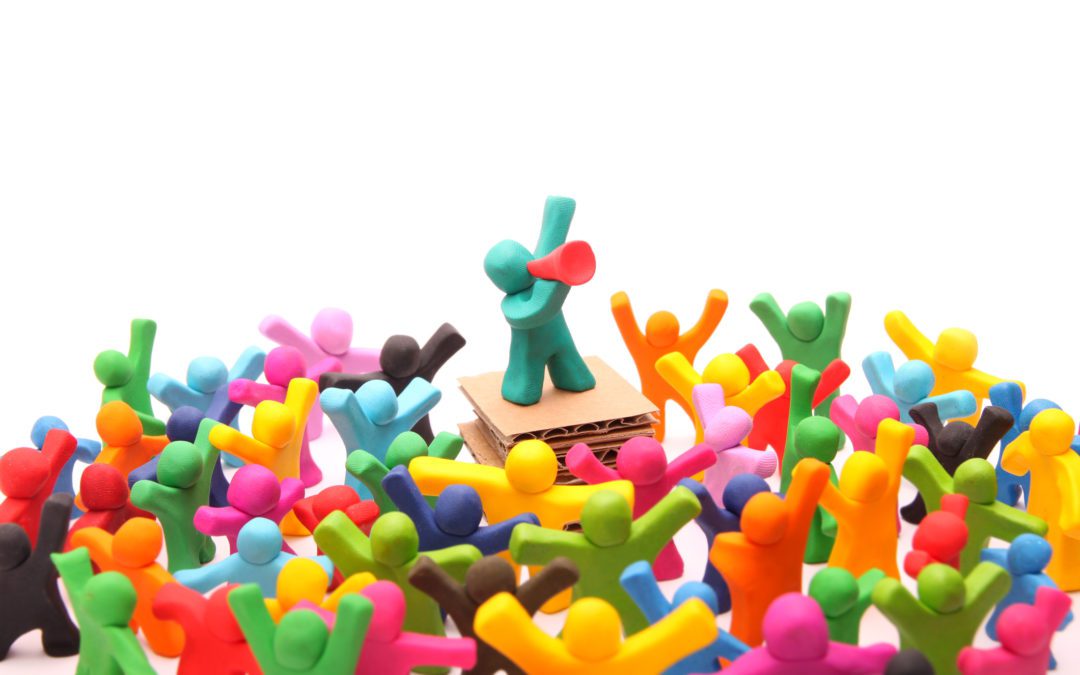 Groupthink: When Individuality Becomes an Act of Treason

The group of college age boys and girls began to gather in a circle and chant, fists thumping towards the sky, “shots, shots, shots.” Over and over in a chorus. They circled the boy in the middle, a child no older than 18. He stared at the row of shots in front of him, already wobbly from a night of partying. The chorus grew louder. He took all five shots, wincing between gulps. The room grew fuzzy and he wobbled out of the house and stumbled back to his dorm. The next morning, he was discovered dead in his room. He had aspirated on his own vomit.

Or maybe you’ve heard about the real story behind the tragedy of the space shuttle challenger,  NASA’s ambitious 1986 attempt to bring space travel to the everyday ordinary civilian.  This is the year they picked one person to train and launch into space with astronauts who had trained their whole lives for this mission. Christa McAuliffe from New Hampshire was chosen and the PR media campaign that blossomed around this announcement breathed new life in to the NASA brand. It was late January and there was a cold snap in Florida. The morning of the launch temps hovered around 36 degrees.  Typical temperatures were in the 50’s. Twelve hours before the launch two engineers from the firm NASA hired to build the rocket boosters called to express concern about the dropping temperature and the reliability of the O-ring(s). Apparently in colder temps the O-ring loses its elasticity. Upon inspection that morning icicles were found on the launch structure. And yet, the launch was cleared. Seventy-three seconds into flight, the challenger exploded. All souls on board were lost.

Do you know what psychological phenomenon killed the people described in these two scenarios?

A phenomenon called Groupthink or mob mentality is the root cause of what lead to the death of those people. And guess what? It’s more familiar and pervasive than you might assume.

One of the most important aspects of groupthink that most people overlook is the fact that because the behavior is dispersed over a group, the individuals no longer feel any personal responsibility for the outcome of the group behavior.

The typical pressure we feel from our conscience or moral code (shrinks refer to it as a superego) is diluted by the presence of the group. This allows people to act and behave in ways that they would never do on their own.

All of us have acted and reacted in ways we would never have done if we did not have the safety and security of some type of pack bolstering our sense of invulnerability and power. Anyone who says they haven’t, isn’t being emotionally honest. Groupthink is what fuels school yard bullying, the current epidemic of social media “trolling” (there’s even a new word for it. How fucked up is that?), sorority and fraternity behavior, mean girl behavior, cults, political campaigns, corporate blunders, Ponzi schemes and on and on. At the core of the #metoo movement is the power of groupthink. Everyone knew this was happening in Hollywood, the legend of the casting couch is a tale as old as time. And yet, some invisible force kept status quo rolling along for decades. Groupthink is that pervasive.

Groupthink, like all the psychological processes I am trying to emphasize here at The Padded Room, lies on a continuum from benign to malignant. Most of us overlook the benign end of the continuum and view it as something entirely different from the malignant expression, if we recognize it at all. From a psychological perspective, the main difference lies in the core intention of the group. With malignant group think, the group cohesion is organized around an intention that has purposeful negative outcomes. Think the holocaust. Jonestown. Genocides. And I’m only skimming the surface. These types of atrocities are fueled by the most malignant form of groupthink. Whereas the group intention in the benign expression is not necessarily designed to have catastrophic consequences. Although, it’s so easy to understand how the consequences can quickly turn volatile when groupthink is at the helm. It wasn’t the intention of the group, but bad decisions happen nonetheless. Those decisions, often made in the blink of an eye with no real conscious thought, no intention to cause harm, have deadly consequences. No one speaks up. No one voices concern. Or, the voices that do express concern are, at best ignored, at worst, silenced. Group cohesion silences any individual doubt or detractor. It happens ALL the time. Most of the time, as long as a tragedy doesn’t occur, no one even notices the benign version of groupthink. On social media, groupthink is applauded with likes and emoji’s and I’ll bet barely half of it goes recognized by the vast majority of people. Yet another example of how powerful our unconscious patterns are in shaping the trajectory of our lives. What you are not aware of is far more influential than anything in your purview.

But when we strip groupthink down to its neurobiological bones, there is very little difference between the benign and malignant expressions. The psychological fuel source is the same: coercion to conform, us versus them thinking, strong efforts to stifle individuality, and social and emotional consequences if conformity is not achieved.

I understand groupthink intimately. In college I became consumed with this topic as it relates to cults, mobs, prison culture and the like. Right around the same time I also began therapy for the first time. In the confines of that therapy room I began to piece together my own narrative and how my neurobiology was wired in the minefields and shadows of this type of mod mentality.

I’m using mob mentality literally. I am the granddaughter of an infamous bookie for the mob. At the pinnacle of my grandfather’s career he controlled the book for most of the eastern seaboard from Maine to Florida. I’ve written in the past about how this type of environment impacted my dad and how that trickled down to influence me. This style of orbiting in the world has shaped and sculpted my personality in ways both beautiful and brash, crude and profound.

At the epicenter of my father’s thinking style was an “us versus them” paradigm. If you didn’t “buy in” completely, you were met with the ever-present lens of paranoia, suspicion, and social and emotional isolation. When you were in, you were completely embraced. The illusion of intimacy, loyalty, and invincibility promised a type of belonging that plucks a primal cord for us pack animals. Emotional intimidation and isolation are the primary psychological pressure points used when this form of groupthink is at play. This style of thinking forced anyone in my father’s sphere into an invisible force field where your thoughts and actions were merely a reflection of your loyalty to him. You see, when it comes to groupthink, the greatest act of treason is free will.

And here’s the really tricky thing about group think, it preys on our basic and core need for attachment (or in layman’s terms a pack) in order to survive. Juvenile Sapiens cannot survive without the safety, attachment, and loyalty of others. We need to belong in order to survive and yet, the forces that attract us into powerful and sometimes self-destructive and dangerous patterns of group think prey on these very same inborn drives and impulses.

So why am I making such a big deal about groupthink?

My effort here at The Padded Room is to build a resource of essays that encourages you to build and strengthen your muscle of self-observation in the service of becoming more conscious.

To be conscious, we must be in touch with and able to exercise our unique voice. Your voice has value even if it’s the only voice expressing a certain point of view within a group.

In fact, one of the dynamics I always stay attune to when I am dealing with any type of group (family, business, team, etc.) is who is fulfilling the role of devil’s advocate. I try to identify who in the group is willing to challenge the dominant narrative in order to ensure that groupthink is not limiting the scope of analysis in major decision-making efforts. The contrarian or devil’s advocate plays an important role in the health of your group and its ability to avoid the pitfalls of a secondary trend associated with group think referred to as a confirmation bias.

If you really take a minute and think about it, groupthink is likely at play in nearly all of the bad decisions you have ever made when placed within a group setting. All of us are susceptible to it all the time. For me, because I grew up in a home where this was the primary way that order and control was maintained, I am particularly sensitive to it. It resonates at a frequency that is familiar to me. Now as a therapist, I attune myself in a very different way as I observe its power and seduction in various domains of my patient’s lives.

Groupthink stands in direct opposition of our efforts here at The Padded Room to build our muscle of self-observation and consciousness. Begin to draw your awareness to these dynamics. They are not always blatant; sometimes they are subtle, covert, and subversive. What are the pressures and dynamics you feel when you are in certain groups? What’s the fine print on the contract of membership? How are differing points of view greeted and metabolized by the group? Start to observe what role you play in the groups in your life: Family, friends, school/work place, etc.? What forces stop you from using your voice? Maybe your silence is associated with the disease to please; you don’t want to piss anyone off so you remain silent to achieve group consensus? Maybe you fear alienation and isolation from your “pack” if you were to speak up? Maybe you’re the dominant voice demanding consensus in order to belong? Maybe you’re a “go-along-and-get-along” kind of person and you can’t really be bothered with the effort and risk of speaking up? I’d like you to observe those motivations, be clear and honest with yourself about why and what fuels your participation in any group dynamic.

A note to parents – children and adolescents are especially vulnerable to group think because of their partially developed brains. Remember that modeling or imprinting rules the roost in terms of our influence on our children’s developmental trajectory. They are watching you to figure out how they should orbit around these invisible and powerful forces. Be conscious and mindful of what your own behavior is suggesting to them.

These are critical intersections we would be observing were you to land on my couch. No better time to start than now. If you observe, everything is your teacher.