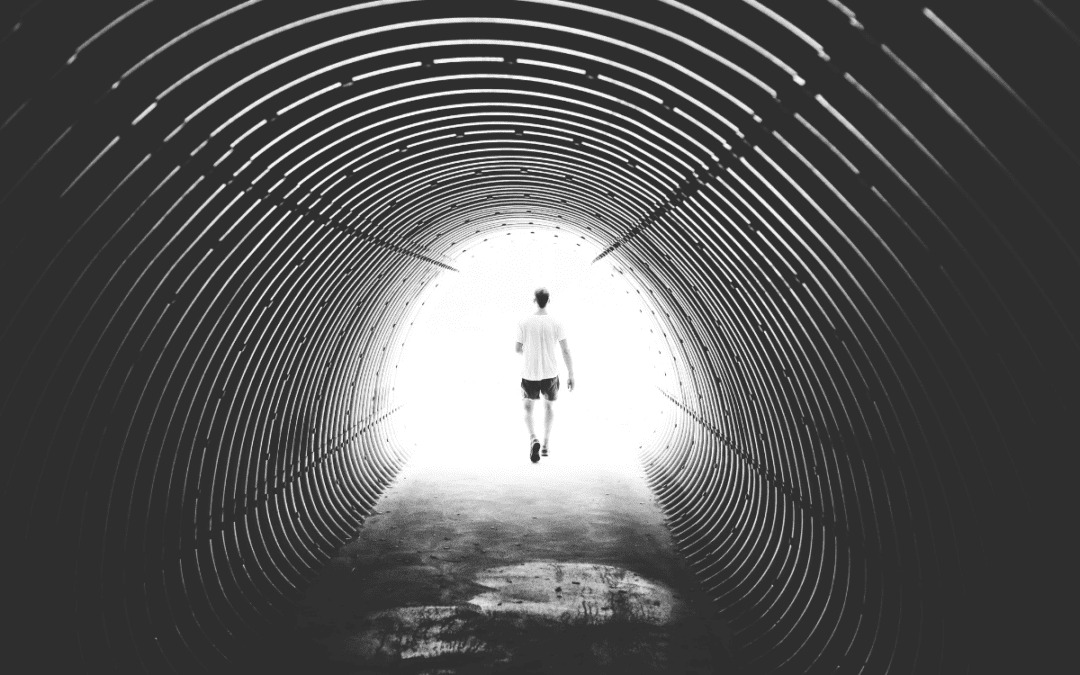 In the Tunnel: The Solitude of Excellence

Today I am sharing another article I have written for Steven Kotler and his newest endeavor, The Flow Research Collective (AKA The Collective). It’s an installment in the series Shrink Rap, where psychologists discuss the frontiers of human excellence.

As a shrink, I’ve lived most of my life in intimate proximity to our greatest human potential and our deepest unraveling. They are opposite sides of the same coin, in fact.

And what have I learned?

I’ve learned that high performance and excellence are actually habits; that mastery comes from practice, grit, and relentlessness; and that with the right knowledge, tools, and, most of all, training, humans are capable of astounding triumphs.

But I have also observed that somewhere, deep down, people still prefer to believe in the myth of the gifted. We dislike the reality. It’s uncomfortable to know the truth: that excellence is a practice, that greatness is born from little more than the mundane day in and day out willingness to get back up, and that success and triumph have a lot more to do with relentlessness, training, and failure, than with talent, skill, or luck (the most erroneous assumption of all).

Sure, innate aptitude plays a role, but its percentage in the overall algorithm of greatness is minuscule in comparison to these other aspects. Peak performance isn’t all that sexy under the hood. When you strip it down to its neurobiological bones, greatness actually looks more like restless relentlessness than contentment and glory.

That is another great irony in the arena of peak performance: even in a team endeavor, the individual psyche matters most. And the one consistent difference separating the elite from the ordinary? It’s their psychology.

A very specific psychological mindset is present in all the great game changers and rain-makers. One of the easiest ways, in fact, to distinguish the great from the good is to observe how they approach the mental aspects of performance.

Your response to frustration, failure, and fear are the emotional fuel sources that drive your engine. Yet the elite routinely use these experiences as a guide to steer them. They are able to repurpose the disruptive and defeating as a compass, an emotional GPS system that informs them of how to pivot, bob and weave, and call an audible.

Quitting is never an option with this type of mindset. 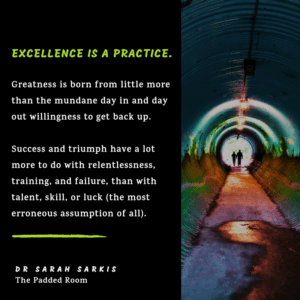 Go figure – we only become resilient through being broken. If you stay in the game long enough, eventually you are going to come nose-to-nose with your own bullshit, your frailties, and your internal saboteur. The elite make this their training ground, a place to focus on self-regulation, self-awareness, and psychological flexibility (among other facets). They train their weaknesses while constantly leveraging their strengths.

And you know what else? It turns out that struggle, in all its forms—defeat, doubt, fear—is a necessary cycle in the brain biology of peak performance. If you quit when it gets hard, you are hijacking your own progress. It’s in the looking glass of defeat and failure that grit is born. Without the ability to metabolize and repurpose these emotional experiences, you won’t be able to tango with the elite. This is the price of admission and payment is due every day.

And you don’t just age into this kind of mindset either. You train relentlessly and with a singular focus. Turns out, excellence is also solitary. Triumph is communal and celebratory. That’s what we like to focus on: the victory.

The elite, however, turn their gaze inward to the psychological training, to the noise between their ears. This type of commitment can only be sustained from the inside out. Intrinsic motivation is the emotional source code that fuels this kind of passion. The best of the best understand that this is an inside job. It’s just you against you. You can see it in the eyes of any great athlete. Their gaze is both focused and distant as they stand in the tunnel waiting to enter the arena.

Training your mindset is the most critical component of your ability to achieve your overall vision. Eventually, you will find yourself in the tunnel, breath in your ears, drumbeat in your chest.

No one can hide from themselves in the tunnel.

This is not complicated, but it is also not easy. It is available to everyone, but only a few will answer the call.

This is an invitation. Meet me in the tunnel. It’s training day.