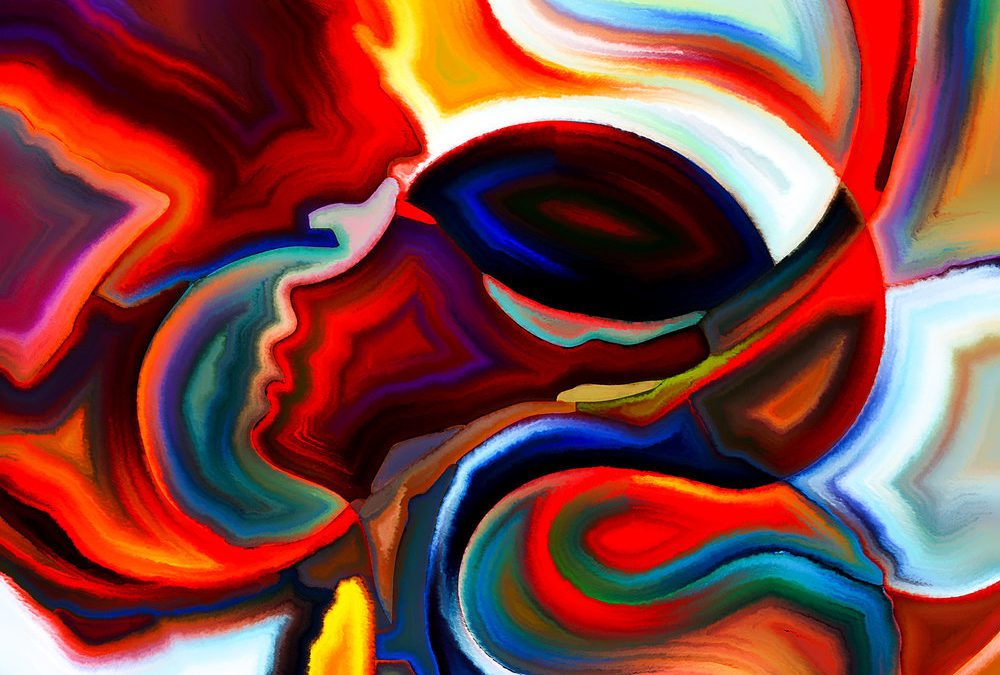 The Power of the Pivot

There is power in the pivot. Momentum, agility, and instinct converge to create a (seemingly) sudden action that that has the potential to change the course of our life. Literally. The ability to pivot, to course correct, is an integral component of psychological wellness. To master this ability means to re-examine the meaning of failure, disappointment, loss, and self-doubt. Our ability to change our mind, to change our behavior is a critical component to our ability to adapt and adjust. This concept is at the heart of what psychologists refer to as resiliency. Also layer into this notion the idea of emotional agility and grit and you have the making of something profound. But also deeply difficult to achieve, maintain, and sustain.

I have had this blog on my mind, literally, weighing heavy on my thoughts for months. My closest friend, also a psychologist, has so patiently listened to me talk about this vague idea of the “power of the pivot.”

I wanted this blog, and on some level I still do, to be about optimal performance, positive psychology, and the neuro-biology of hope and change. These are areas of interest I have moved my focus towards over the last five years of my career. And the blog I wrote this week was drastically different and fundamentally the same.

This week has reiterated two things:

One, we are fragile. Physically and psychologically Sapiens are built with a complicated and nuanced infrastructure.

And two, free will is a cumbersome liberty.

I don’t like to comment on news directly, I try to steer clear of topics that feel trendy or preachy. Mostly because I am not someone who has any answers. I really don’t and I am suspicious of people who suppose they do. I am, by nature, skeptical of gurus, masters, and experts. I am vague by design.

But being a shrink and a writer I am introverted and introspective by nature and so this is what I have to say.

One of the powers we have as humans is that we have this clunky and unsophisticated, yet complicated and powerful advantage over other animals- our brain, specifically our cerebral cortex, allows us to think and reflect on thinking and feeling. It is the part of the brain that allows us to ponder our existence, think big ideas, to dream, to wish, to hope. But it also has the ability to go rogue and take us down dark and lonely paths. I’ve seen it consume people bite by bite.

I don’t have any answers to suicide. In my years as a shrink I have come to feel (and believe) that it is an aspect of free will that we can never really stop or outsmart. Once someone opens that door of possibility, the notion that perhaps the only way out is a permanent solution to what are, ultimately, temporary problems, it can seduce you into a fatal romance with mortality. I wish it wasn’t so. But it is. And, it’s baffling to anyone who hasn’t been courted by that type of darkness.

Our efforts to understand suicide have been mostly futile. I mean sure, if you did a Google search using suicide and causes you’d find endless streams of “research.” If I had to summarize what the data reveals, this is what we “know.”

-This trend seems to be unique to our specie. We are one of the only animals on planet earth that has the ability to end our own life.

-As far as we can determine, there is only one truly consistent dynamic present in nearly all incidences: hopelessness. Let’s define hopelessness as a deep and aching belief that tomorrow will suck just as much as today and that nothing, no amount of effort, will change that.

-And, it’s on the rise with a startling appetite for human consumption. Just yesterday news outlets were a buzz with the CDC’s newest stats on suicide.

When it comes to mental health and those of us orbiting in that world professionally those stats drive home to us how woefully under-whelming our performance has been in the 100 plus years we have been at the helm of this ship. For me, it reminds me that in all of our efforts to understand pathology, to try and formalize darkness, to quantify human frailties, and there have been many efforts, we have still fallen short. This focus on pathology has always sat awkwardly at the epicenter of my own existential discomfort with being in this field. What would psychology look like today, what would we have discovered if we had turned our collective gaze towards the study of love, of peace, of connectedness, of ecstasy, and of hope? 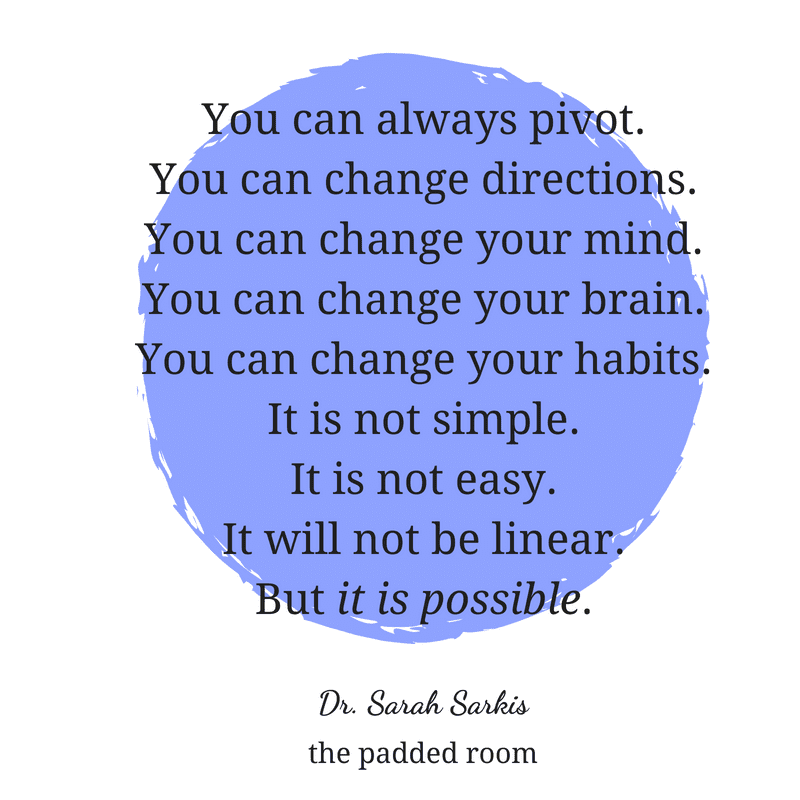 We are all one decision away from creating a whole different life.

Think about that for a minute.

On days like today, that truth rings with a harsh tenor.

It is not simple.

It is not easy.

It will not be linear.

But it is possible.

If you feel suicidal, I’d ask you to consider a pivot.

It can be life changing.