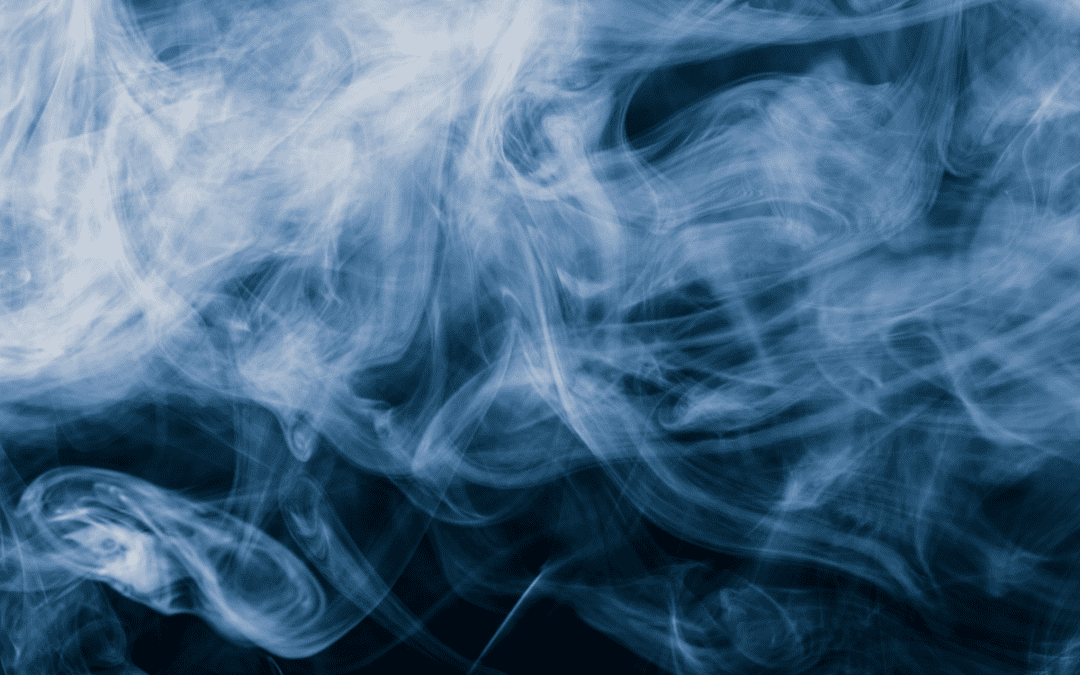 A Lesson in Magic: A Transformative Trip to Sanoviv

I recently spent a week in Mexico at the functional medicine institute, Sanoviv. I have known about Sanoviv for many years now, as my obsession with finding core origins of suffering and disease has deepened. Let me clarify the use of the word “institute.”  Sanoviv is in fact a hospital, one that serves up hope to many people who have exhausted their choices in more traditional medical facilities.

This standard of care does not exist in the US. And that’s not a dig. It’s just a fact. We have some of the best medical facilities in the world that are changing the face of medicine on a daily basis, but we don’t have a Sanoviv as one of our many claims to fame. The standards that govern the American healthcare system are not designed nor equipped to provide the type of integrated care that exists at Sanoviv. Certainly not in an inpatient setting. There are promising functional medicine outpatient practices, but Sanoviv is a fully functioning, self-contained hospital, where really sick people are finding a ninth life – they are finding hope.

Sanoviv is an oasis of healing perched on the cliffside of Baja, Mexico. The ocean air is crisp and the shoreline is chiseled with dark slate colored cliffs that remind me that life is harsh on the outside. But once you are inside the gates of Sanoviv, you are in a closed system. They will now hold constant all the variables they feel necessary in order to manipulate the fate of your wellness – the food you will eat, the treatments you will have, right down to the clothing you are given to wear.

I’ll admit, this part felt a little “cultish” when I arrived to see the ocean of people dressed in the “Sanoviv whites.” But after a few days, the genius of providing a uniform is clear, as I started to unwind from the constant drum beat of decision fatigue in my real life. The endless need to make even mundane choices like clothing had apparently wore me down at a cellular level. Go figure. By the morning of the third day, I welcomed the Sanoviv whites. I felt parts of my brain and mind surrender to the simplicity of a uniform.

Even the water is purified on-site through a state-of-the-art double osmosis system. I routinely drank faucet water. All those Americans who have already determined that they won’t go anywhere they can’t drink the faucet water, rest assure. American hospitals got nothin’ on the Sanoviv tap. Trust me.

Inside Sanoviv you will find people struggling with all kinds of life-threatening and debilitating diseases. They have a robust and world-renowned Lyme program where they are single-handedly (laterally, there’s only one other place that even competes at the same level in terms of treating Lyme) changing the story line for people struggling with chronic Lyme disease. There’s also impressive and life-changing cancer therapies going on that have extended and saved the lives of those the American system discarded as terminal and beyond repair. All sorts of autoimmune diseases were being valiantly and triumphantly fought. And like I said, there are hardcore treatments that are going on inside the walls of Sanoviv; treatments that aren’t currently available in the US system and for complex reasons, likely won’t be for decades or longer. I’d encourage anyone facing the perils of a life-changing disease to give Sanoviv a look.

I was at Sanoviv for a week-long detox/rejuvenation protocol, which was merely the way I worked a “recon” mission into my time behind the gates. Really what I came looking for was an opportunity to observe this method and style of healing, which extends far beyond the dichotomous concepts of sick versus well. People at Sanoviv were being made whole again. The doctors, nurses and staff at Sanoviv are working within a truly integrated system of care that focuses on the entire spectrum of the human experience. The doctors wove a cohesive treatment plan for each and every patient that includes sources of physical, emotional, spiritual, and psychological imbalances. This wasn’t just some lip service to the idea of integration, but without the heavy lifting of truly creating the space for cohesion to occur. At Sanoviv the idea of integrative health and wellness care is not just a tagline. Your stay at Sanoviv will include traditional medicine (think IVs, blood work, forms of chemotherapy, and various surgical procedures, etc.) but it will also include chiropractic care, dental evaluation, and various more supportive services like lymphatic massage and body wraps geared at cleansing and detoxing the system. 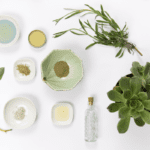 The most perplexing and unfamiliar aspect of their treatment protocol involved the use of energetic medicine – enter The Quiet Room. This room’s treatments are more “alternative” than I am typically drawn to, but were oddly compelling by day two. I looked forward to my daily quiet room sessions, where I would be hooked up to different machines aimed to help re-calibrate, support, and heal my nervous system.

The cynic in me gears me toward skepticism. And I can’t say I know with any sense of certainty that the treatments did what they propose to do. But what I can say with certainty is that I felt great after the treatments. I felt steady and grounded. This is definitely the area of medicine that I am least qualified to pass judgment on since I have very little understanding of the science behind energetic medicine. Suffice it to say, I have done worse and spent money on far less well-intended activities with far greater consequences than sitting in that quiet room. So, I found myself less inclined to judge it and more interested in just experiencing it. What I found was a deeply restorative sanctuary that revealed a lot to me about my relationship to doubt, skepticism and fear of the unknown.

Oh and did I mention all of the food is also organic? It’s simple and straightforward fare, but there’s an elegance to making that kind of simple food taste good. Sanoviv has mastered that art. Green juices and various other wholesome treats are provided daily throughout the routine. The food alone is impressive and something our hospitals could implement if nutrition was a focus of our current healthcare system. If, being the operative word. 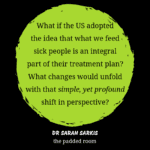 What if the US system just adopted the idea that what we feed sick people is an integral part of their treatment plan? What changes would unfold with that simple, yet profound shift in perspective? What if the cafeterias in all major hospitals decided to commit five years to the service of whole, organic food for their patients? How would this shift create changes and ripples in the stream that eventually washes out in overall health care costs?

And if we continue to refuse to implement this kind of global shift within our current system, let’s then agree to observe that decision too. What are the motivators behind continuing to ignore and marginalize the role of food in our long-term experience of health and vitality? How and why is it that food has been marginalized in the halls of medicine as an afterthought? Why is food discussed as something that might help keep us healthy but not move the needle in any meaningful way when it comes to reversal of disease? That’s curious to me.

But let me emphasize something else about Sanoviv, something that is intangible and, quite frankly, not what I expected to shape this blog around.

I expected to bring you an article on the cutting-edge science that is happening at Sanoviv.

But the cafeteria is the place where Sanoviv’s magic really happens. And there was magic there. I don’t use that word very often, magic. I gave it up when I started to consider myself a woman of science. I made a conscious effort to shift away from any discussion of things that were not evidenced based. But the only way to explain this part of the Sanoviv experience is to use the word magic.

The cafeteria is so much more than just where the food is served; it is a gathering place, a place to connect around the shared experience of nourishment. There is laughter and community and hope. The space was filled with so much hope and human connection. It was palpable. It was as curative as the food, the water and the medicine that was unfolding within those walls.

What I left Sanoviv with was what I have always known as a therapist but somehow must have needed a reminder: it’s always the relationship(s) that heal. In any transformative experience, the relationships heal as much as any of the treatments and medicine. In that boutique hospital on the seaside cliffs in northern Mexico, just over the border from everything familiar to me, I was healed by the people who opened themselves up to me and the relationships formed in that magical space called Sanoviv.