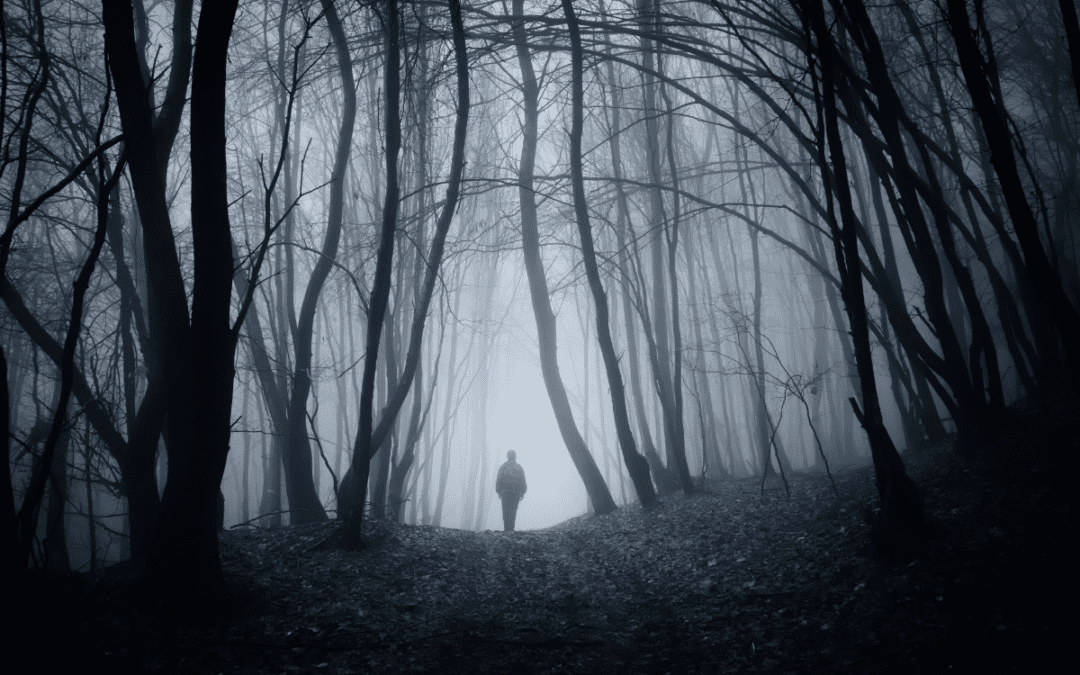 The Psychology of Secrecy

Secrecy is the thug that does the dirty work for shame.

Where we have secrets, there is always shame. They are partners in crime.

What’s more? Shame is a time traveler— it moves through families, cultures, systems, and organizations. It shapes us down deep where unconscious patterns rule the roost.

Shame moves through generations using secrecy as the muscle that fuels the process.

And secrets are complex too— it’s easy to say, “Just stop carrying them.” But learning how to change our relationship with secrets, in all its myriad of forms, is another beast altogether. And like most of these interior landscapes I like to explore, our relationship with secrecy runs deep. Similar to most of our long-held habits, secrecy runs all the way back to our earliest patterns of attachment.

Secrets come in all shapes and sizes. And they live on a border town, a murky gray area between lying and omitting the truth. Anyone who thinks they don’t have secrets isn’t being honest or lacks self-awareness. The concept of being an “open book” is a misnomer. Everyone hides something. We edit our best of reels; we lie by omission; we keep things to ourselves; we obscure and hide and numb and deflect. And secrecy is always at the epicenter of this storm.

The heavy and burdensome ones wear us down from the inside out. The cost of carrying these secrets is enormous on the human spirit, and it is corrosive in our partnerships. And remember, corrosion starts on the inside. By the time you notice the damage, it’s often too late to reverse. Carrying secrets always costs something, usually the first dynamic to erode is intimacy.

In order to effectively carry secrets, we “learn” how to utilize compartmentalization in our life. When I see one, I immediately look for the other. Compartmentalization is a coping mechanism modeled to us inside our families and in society as a whole. It’s everywhere, if you know what to look for.

Did you ever wonder how a guy like Bernie Madoff could live with himself for over four decades as he fleeced people of their life’s worth?

Compartmentalization was the primary psychological process. 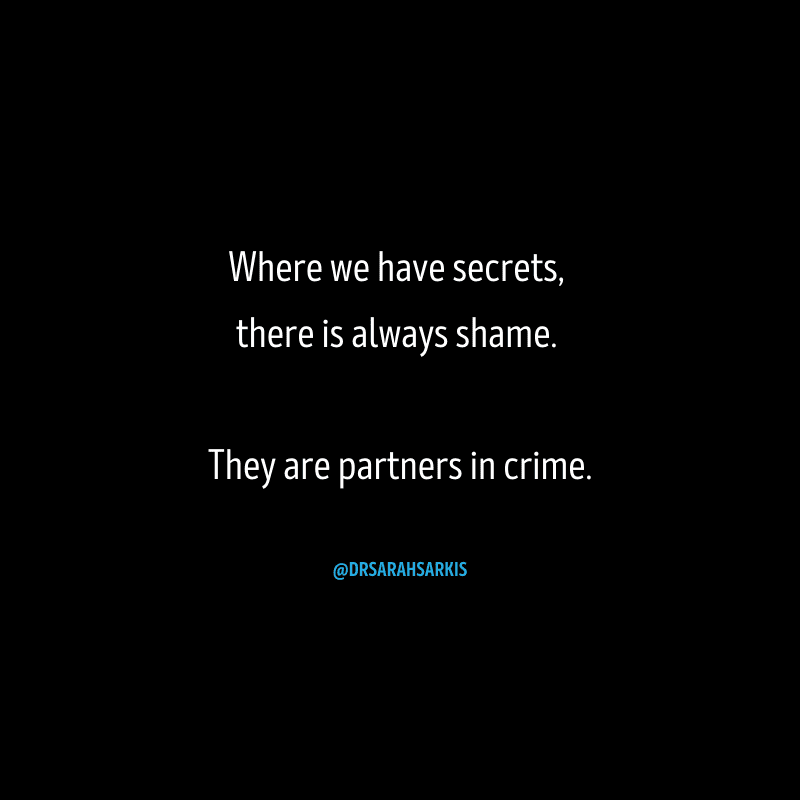 You create a place for the secret in your mind, a nook, where no one will notice except for the carrier of the secret, who thinks about it all the time. There is rumination over the secret; there is the constant internal rejiggering of boundaries in order to keep the secret safe; and there is a vigilance that comes with this type of process – night-guard that can never leave his post, even at the crack of dawn. This is how secrets also have a partnership with suspicion and paranoia. If you are carrying a big secret, you are essentially always on alert to keep the secret from being found out. And it also makes us unconsciously view the world from a lens of mistrust and withholding. The most secretive people always have the most to hide. These skeletons stuffed in the proverbial closets will eventually own you. They will dictate how you move through the world at the most basic interpersonal level.

So, what’s my strategy for working with secrecy and how do we change our relationship with it?

First things first, I never address the secrecy directly (in terms of changing it). Secrets are too loaded to address right out of the gate. Too much pressure on that valve. Plus, it’s hard to pull off addressing secrets without often falling into a moral discussion of right and wrong. Those conversations never end well. I repeat, never.

Plus— and this one might be difficult for some people to hear— some secrets keep us safe. Some are a form of boundaries. You never give up something without adequate structure to support what that levee kept at bay. Trying to get someone to come clean or share a secret is not the most effective way to shift the behavior.

Instead of addressing the secret itself, focus on the shame, which is the substructure that secrecy protects.

Start to explore the role of shame in your life. Where is it present? How does it operate?

Approach it with an outstretched palm; down on one knee; look it in the eyes.

Resist the urge to judge the secrecy or to make this a moral shortcoming. Morality rarely works as a long-term solution to the aspects of our life that are governed by shame.

You’ve got this. I’m rooting for you. Stay curious.